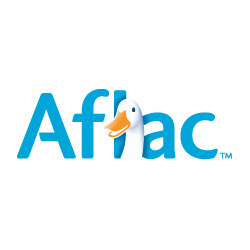 Aflac is a Fortune 500 financial services company headquartered in Columbus, Georgia. A long-time member and a very committed partner of the GMSDC, Aflac is the world’s leading provider of supplemental medical insurance. Founded in 1955 by brothers John, Paul and Bill Amos, Aflac identified a need for additional financial protection when a medical emergency occurs. Some two-thirds of bankruptcies in the US are caused by medical emergencies and the bills they generate. Aflac’s concept quickly took root and the company has expanded exponentially, evolving from a small regional company with 16 employees into a global brand with more than 10,000 employees and revenues in excess of $20 billion. A fixture among the GMSDC leadership tier for nearly 20 years, Aflac continues to set the bar high for peak performance, principled leadership and global philanthropy. Wassel Lewis, Vice President, Third Party Management, leads the Aflac Supplier Diversity effort and serves as the Vice Chair of the GMSDC Board of Directors. 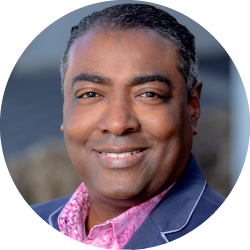 Wassel Lewis is a 14-year member of the Aflac team with responsibilities that include the corporate procurement function at large and the Supplier Diversity outreach. He and his team, led by Supplier Diversity Manager Sally Wilson, have demonstrated their strong commitment to the important work of the GMSDC year after year. Always willing to support the Council and its events and activities, Aflac has provided significant levels of in-kind support on many occasions, in addition to being a financial sponsor of the GMSDC each year. Lewis follows a rich tradition of GMSDC Board service at Aflac, where both Eric Seldon and Bill Haley have served on the Board for many years. The GMSDC is a major part in the Aflac commitment to good corporate citizenship, partnering with organizations, charities and non-profits around the globe to do good works and spur small business development. The GMSDC is grateful for its association with a global leader like Aflac and proud that they call Georgia home.

Aflac remains one of the most active philanthropic companies in the world. Annually among Fortune Magazine’s Most Admired Companies, Aflac is a fixture on listings of the Best Places to Work and the World’s Most Ethical Companies, as well as the recipient of the Salute to Greatness Award from the King Center. Aflac is famous not only for its award-winning advertising campaign featuring the Aflac Duck, but for major contributions to causes that range from children’s cancer research and Red Cross relief efforts to the first $1 million donation to the Smithsonian Museum of African American History and Culture. What began as a single product option more than 60 years ago has evolved into a robust portfolio of plans for different needs with one focus in mind…to protect the consumer from financial disaster in a crisis. According to Lewis, this level of commitment and service is fundamental to the Aflac brand. “We are a company that is dedicated to serving the community and providing opportunities for business partners to grow through their business dealings with Aflac. The mission of the GMSDC is in perfect alignment with our strong support of diversity and equal opportunity across the board. We truly value this relationship.” For more information about Supplier Diversity at Aflac, visit the Aflac website.