Brasfield & Gorrie is a relatively new partner to the GMSDC whose Supplier Diversity program is really on the rise. Approaching 60 years of service as one of the top General Contractors in the Southeastern US, the company has grown from a small private concern in Birmingham, Alabama into a dynamic force on the national scene, with 3,500 employees and more than $4 billion in revenues in 2021. The predecessor firm – the Thomas C. Brasfield Company, founded in 1921 –  was purchased by Miller Gorrie and renamed in the mid-1960s. While the company headquarters remain in Birmingham, Brasfield & Gorrie has a significant presence in Atlanta, with many major projects to its credit in the region. Beginning with the appointment of Vice President of Corporate Responsibility Natalie Kelly to her role six years ago, the company has revamped its entire approach to sustainability, charitable giving, community engagement and Diversity, Equity and Inclusion. This transformation has paid major dividends in critical areas, such as workplace culture, employee relations and diverse supplier participation. 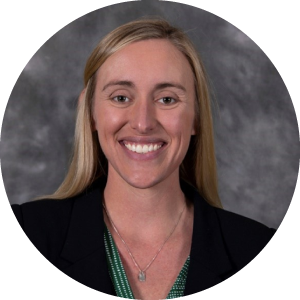 Jessica McMahan, the Supplier Diversity Manager, is a 7-year veteran at Brasfield & Gorrie who made the transition to her current role in 2021. Since the beginning of a renewed emphasis on DEI 6 years ago, much has changed for a company that was recognized by Engineering News-Record Southeast as the 2021 Contractor of the Year. Among the many impactful initiatives now in place is EQUIP, a mentoring, communication and engagement program that conducts regular meetings of the diverse supplier community and supports them with resources that can help them to grow and win business.  Brasfield & Gorrie also launched a Peer-to-Peer Exchange initiative that brings together the CEOs of black-owned GC partners, to exchange best practice information, support one another and hear from experts on topics of mutual interest. The company has enlisted the support of its division managers across the region, to serve as strategic mentors to sub-contractors and lead the process of including diverse suppliers in bid opportunities. McMahan is actively engaged in working with leaders and pre-construction staff members to make sure one or more diverse suppliers is included in every trade package solicitation, which is the pre-cursor to being considered for a subcontracting opportunity.

Brasfield and Gorrie, in addition to top contractor rankings, has also been recognized among Best Places to Work and Top Workplaces – quite an achievement for a company in such as a competitive, deadline driven industry – and has received numerous other awards for safety, design-build achievement, and excellence in construction.  Jessica McMahan understands how vital supplier diversity is to the overall success of the company. “Every single project is an opportunity to champion Diversity, Equity and Inclusion in our company,” she says. “I spend a lot of my time with our pre-construction teams talking about connecting with and utilizing diverse suppliers, not to merely check off boxes but to actively nurture relationships that result in diverse spend.” Based on the rapid growth trajectory of the company’s diverse supplier engagement, it is clear that what Brasfield and Gorrie has done is working. Kudos to the leadership team and the Supplier Diversity staff, not only for your many accomplishments but for your strong involvement with the GMSDC. For more information, visit brasfieldgorrie.com.